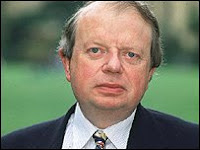 At what point do we have to think of John as a potential winner? Remember Christopher Parker, who was also a truly terrible dancer? He made the final.

The chart below is a graph showing the number of votes on the Yahoo poll. I have been lazy so all the graphs don't start at zero. The thing to look at is the gradient of the graph, not the absolute numbers. John's line is rising, and fast. Bar Cherie, whose momentum is waning a little, everyone else is static.

It is not a strong year with nobody being a truly great personality and a great dancer (Austin is nearest). Alesha last year was truly fantastic and still hangs over this years mob somewhat. Could a popular John ride roughshod through the show?

There are a few counterarguments. Insiders would have surely charged in on John's price already, it is an unreliable internet poll, his votes will fall away (a la Kate Garraway). We shall see.

He can be had at 100's at Coral at the moment. If you don't believe me (and I am not convinced myself) at least consider covering yourself.