What do Newcastle United need in the transfer market? 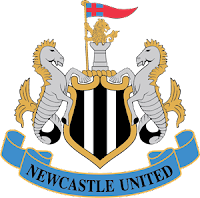 As one of the most long-suffering fans in the Premier League, Newcastle United fans need to get used to another year of deals and relative austerity. The transfer of ownership to Saudi Arabian backers looks dead in the water, and it could mean that the Toon need to look to a more realistic market for signings. Gone are the likes of Edinson Cavani and in their place come players like Rob Holding, Ryan Fraser, and Tom Davies.

The majority of signings are being linked are domestic talents who either play in the second tier or are out of the picture with other Premier League sides. The decision of youth prospect Matt Longstaff to sign a new deal, though, might limit the need for a central midfielder.

Forward is the most obvious starting place, with Bournemouth striker Callum Wilson heavily linked. Other names include Ryan Fraser, who is on a free, and Jamal Lewis of Norwich City. Every name being linked with the Toon – across various positions – are value signings that could offer them a player with resale value in the years to come.

However, for Newcastle, tying down a key position to fill is proving tough. Defence looks quite thin, and central midfield has good quality but low numbers. Pace is a major issue in the Newcastle team, too, with their wide players and full-backs lacking either attacking flair or pace. Only really Allan Saint-Maximin could realistically say he’s done the job to the expected standard.

This leaves the Magpies shopping around for a fair amount of talent in a short amount of time. So far, the club has also been linked with trying to find a suitor for Premier League flop Joelinton, hoping to use any funds gained to buy a more suitable forward option.

Expect loans for lower priority areas like central defence and midfield, with most finances going on a forward and adding to the wide areas.