What do Leicester City need in the transfer market? 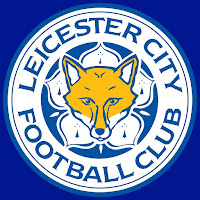 Having enjoyed a good season last year, Leicester City fans could be forgiven for being a little disappointed. The last-day missing out of the UEFA Champions League was a massive blow, with the Foxes throwing away a definitive lead over Manchester United to give the Red Devils a chance to return to the top football of European football.

It was a major blunder on the Foxes part, and has surely hampered their ability to both keep stars and sign new talent. With the Premier League just a few short weeks away from a return, then, what can we expect to see from Brendan Rodgers in the transfer market?

Where do the Foxes need their investment most?

Having scored an ample amount of goals in the 2019-20 season with 67 in the league, Leicester probably aren’t short of goals. With an average of 14 shots per game, too, they do create enough chances to keep growing. It’s defensively, though, that they tend to have issues. This has been a focus for years with Rodgers teams, especially in European football with Glasgow Celtic, but some smart decisions in the transfer market could solve that.

The biggest gap in the team is now at left-back, with Ben Chilwell making a move to Chelsea for around £50m. Expect a signing at left-back, as well as another competitive central defender to arrive in the near future. Another place where a signing may be needed is in nets; Kasper Schmeichel is not getting any younger, and has lost some of the verve that made him such a standout in previous seasons.

While a new keeper might not take his place immediately, expect a more Rodgers-friendly, ball-playing keeper to arrive this summer to add more competition in defence. Overall, though, for the Foxes, a bit of stability at the back should be enough to give their young midfield and excellent attack a better platform to play from.