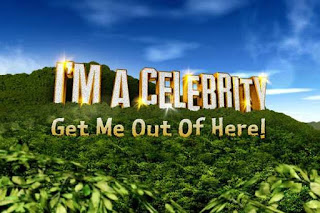 Since the emergence of Big Brother back in the year 2000, reality television has been increasingly popular, with this show being followed by other popular series’ such Love Island, I’m a Celebrity and The Only Way is Essex.

It didn’t take long for the bookies to figure out that not only did people like watching reality TV, they also wanted to bet on who would win each competition, with betting odds available on the first ever Big Brother series and an increasing number of markets were made available for later versions.

TV betting has now become a huge market for bookmakers and there’s nearly always something TV-related to bet on. I’m a Celebrity Get Me Out of Here has been a popular ITV series for several years and there’s the opportunity to bet on Overall Winner, King of the Jungle, Queen of the Jungle, Top Three Finish and Next Celebrity to be Evicted.

When it comes to Love Island betting, viewers love to place a few side bets on the winning male, female and overall couple. You can also bet on the next contestants to leave the island which is usually down to a public vote.

Another popular TV betting show is X Factor, where the betting markets open as soon as the first auditions start to be shown. You can bet on the X Factor winner from the moment that you see them appear on this ITV programme, while the betting really hots up once we know which acts are through to the live finals phase.

There is also betting available on Strictly Come Dancing, the BBC dancing show where a celebrity is partnered with a professional dancer. You can bet on the Winner market throughout the series and the odds frequently change according to how many points each couple receive from the judges.

Reality TV betting tends to be seasonal according to what shows are appearing on our screens at the moment. Dancing On Ice is similar to Strictly Come Dancing and viewers can bet on the outcome here, while there is also betting available for events like the Eurovision Song Contest which retains a strange popularity despite the songs being poor quality.

Many successful TV betting punters actually study the latest opinion polls and try to get an idea of the voting before going ahead with their wagers. It’s good to try and gain an edge over the bookies where possible.

Money Talks - Inside the World of Sports Betting

It looks like sports betting is a whole different animal Stateside
Posted by G No comments:
Email ThisBlogThis!Share to TwitterShare to FacebookShare to Pinterest
Newer Posts Older Posts Home
Subscribe to: Posts (Atom)