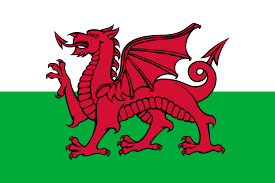 Nowadays, the Welsh Grand National is run over 3 miles 6½ furlongs, and 23 fences, at Chepstow Racecourse, which has been its home since 1949. Indeed, in the interests of safety, the official distance was increased by about a furlong as recently as 2019; the start was moved back up the home straight to prevent a downhill 'cavalry charge' into the tight, left-hand bend immediately beyond the winning post.


The Welsh Grand National was inaugurated in 1895 at Ely Racecourse, to the west of Cardiff, where it remained until 1939. Following the closure of Ely Racecourse and a brief hiatus for World War II, the race was transferred, briefly, to Newport (Caerleon) Racecourse in 1948, before finding a permanent home at Chepstow the following year.


Originally scheduled for Easter Tuesday, in March or April, the Welsh Grand National was moved to February in 1969 and to late December a decade later. Since 1973, the race has been sponsored by long-standing bookmaker Coral, making it the subject of the longest-running sponsorship in National Hunt racing. In 2021, the Welsh Grand National will be run in memory of the late Kim Gingell, the daughter of Somerset trainer Colin Tizzard, who died in May, 2020, at the age of 43 after a short battle with cancer.