Sports Personality Of The Year 2008 Review 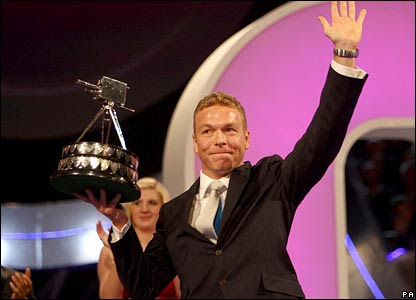 Here are the votes, it was a bloody landslide:

As I said here, wait until the night itself. It was good advice. Adlington came across as rather dull. She also looked terrible which also isn't a great vote winner. Hoy was the consumate gentleman whilst Hamilton is just too much of a robot to enamour the public into picking up the phone.

The regional vote also played a part in my opinion. I am kicking myself for not acting on this obvious factor. Well done to Chris Hoy though.

One thing to remember for next year is that the main contenders odds dived when they were on the show, they then returned to pre-interview levels quickly. A cracking future trading opportunity if ever there was one.
Posted by Anonymous
Email ThisBlogThis!Share to TwitterShare to FacebookShare to Pinterest
Labels: BBC, sports personality of the year