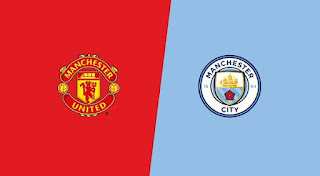 After what feels like a very interesting week of football, the Manchester derby has a new edge to it. While always a flagship game in the Premier League, Manchester United arrive at The Etihad Stadium knowing that they could put themselves back in the most unlikely of title shouts.


With Liverpool potentially taking the three points against Fulham (though recent form from Liverpool makes that less certain) earlier on in the day, as well as Chelsea taking on Everton and Arsenal hosting Wolves all before kick-off, the pressure is on.


Can United get themselves right back in it? Or can City make sure they remain very much the club to beat in England?

A look at the current betting odds shows that home team Manchester City are currently 2/5 to win, with Manchester United at 6-1. In any other year, those odds would seem generous for Jose Mourinho's team, but this year has seen them struggle for the most part – that said recent form has been an improvement. It would seem that the bookmakers aren't ruling out a goal fest either, with betting odds of just 6-1 on their being more than five goals. I can't see it being such a walkover, myself. If I intended to place a bet, I'd likely go with odds of 5-1 for United to be winning at half time. That may seem like an unusual choice, but they have quality players and so while even away from home, a good spell early on might mean they could go into half time a goal up.

After rattling in 12 goals in two games, the tails are up for City. They look more fearsome than any other side in the league, and boast an exceptional defence. Expect City to come into this with more or less a full complement, too, making it hard to really see them struggle to put together a wining line-up.


While Kevin de Bruyne being out should derail a side, this City team are something else. They’ll be ready to do some damage, especially after blowing the last derby between the two clubs at home last year – the fateful 2-3 loss to blow a title winning derby.

1-0 down against Juventus and looking well and truly outclassed, United grabbed two goals from thin air to win 2-1. The Red Devil are making a habit of springing late comebacks and wins, and are actually doing more than just grin and bear results out: they are playing like they have found the same verve that seem them win here last season.


With some injuries mounting up and a challenging few games, though, United might struggle to match City for the full 90.

We can see City winning this – though the procession many would have expected not too long ago feels like it would be quite a shock now. Such is the quality of how United are playing, City will need to make good of their oppositions sluggish starts to get in control of this one.


If they can make sure they are out of sight of a comeback, using their own desire to start fast versus the more serene pace of United, City could win this handsomely. However, we see it being a close home win – a lot closer than many would have expected as the season has progressed.
Posted by G
Email ThisBlogThis!Share to TwitterShare to FacebookShare to Pinterest