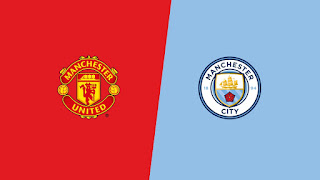 With this being one of the most celebrated fixtures in English football, it’s odd to see so little riding on it. For United, a win against City would help to keep them moving towards a UEFA Champions League spot once again. For City, a win would be ideal to help close the gap to Liverpool once again. However, with both teams likely having their focus across multiple competitions still, it’s hard to see this having the intensity of previous derby games.

After a 1-1 draw with Everton last weekend, the Red Devils could do with a win to get them back in flowing form. They’ve been strong in the league recently, having overcome a run of results that had put them firmly out of contention for the top four previously in the season.


With Chelsea faltering recently, United could do with putting together a consistent run of results. Their last league games have given them an impressive run of results, though, with United only drawing to Wolves and Everton recently.


In terms of injuries, expect Dan James and Aaron Wan-Bissaka to miss out.

The Citizens are in a good place themselves, having seen off Sheffield Wednesday with relative ease in a 1-0 win in the FA Cup in midweek. Having got a chance to rest some players and to come at United fully refreshed, it’ll be interesting to see how City get on.


The Blues have been in strong form recently, beginning to look far more like their old selves. Having won at the Santiago Bernabeu, too, Pep Guardiola and co. are likely looking at continuing a very impressive run of recent results.

Score draw. Both teams will go for it, but with focus more on other things for both teams to an extent it’s hard to see it being the usual high intensity we come to expect. It should be a good game, but it won’t have the intensity we usually associate with such a high class derby.
Posted by G
Email ThisBlogThis!Share to TwitterShare to FacebookShare to Pinterest