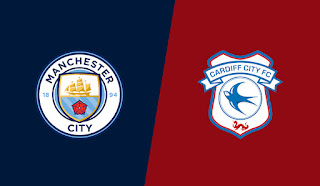 If ever a game sounded like a gimme at this time of the season, it’s this. Despite Sergio Aguero likely missing out, we can expect to see Cardiff City struggle here. Neil Warnock has not gotten many results of note against he biggest teams in his tenure as a Premier League coach. With Manchester City on an incredible run, it’s unlikely that this will change on Wednesday night.

As mentioned above, the loss of Sergio Aguero is a minor blow for Manchester City. So, too, is the continued absence of Fabian Delph and Benjamin Mendy. Vincent Kompany will miss out, too, which will probably give Pep Guardiola one or two things to think about.


For this game, though, they could just about field any side and probably get the three points. Cardiff are in freefall, and aren’t doing great whatsoever in terms of results or performances. City have enough firepower on the bench and in the squad to overcome them: expect them to come out flying here and do the damage regardless of injuries.

Cardiff will be without Callum Paterson and Sol Bamba, as well as Matthew Connolly. Manager Warnock has threatened to play a weakened team, which is ironic given his decade-plus long tirade against West Ham United for the same thing. They’ll probably go with many of the same team who played at the weekend in the shocking loss to Chelsea.


Two wins in their last six, though, does leaves the away side with little hope.

Anything but City plus two goals seems generous. Cardiff are running out of games to stay up with, but we don’t see them getting anything from this. City are in the title hunt, and should clear one of the easiest hurdles that they have left at present.
Posted by G
Email ThisBlogThis!Share to TwitterShare to FacebookShare to Pinterest