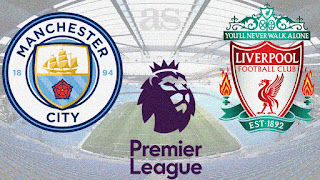 As far as title deciders go in 2018-19, this one might come a bit early. Make no mistake, though: this game is going to be a major deciding factor in where our title goes. Manchester City host Liverpool knowing they have a seven point deficit to make up. With this being the last league game between the two sides, a win could be decisive: a win for City changes the mood entirely, a win for Liverpool offers them a 10-point lead over City.

Kevin de Bruyne has endured a challenging season so far with fitness issues, and could potentially miss out here again. Fabian Delph is out too, with a suspension, and Ilkay Gundogan will likely miss out. Good news, though, is that John Stones and Leroy Sane, a perpetual thorn in the side of Liverpool, will be back.


We can expect to see Oleksandr Zinchenko play again, though he was pretty poor against Southampton. A potential game against the Liverpool attacking trio might see Aymeric Laporte moved out to full-back. Kyle Walker could return, but poor form means he might sit this one out.

For Liverpool, there’s not much to worry about in terms of injury. The challenge comes from how far they go for it. For example, should they start with Xherdan Shaqiri? Or Naby Keita? Jordan Henderson or Georginio Wijnaldum?


The options are expansive and it does offer the Reds a few key changes to make. Throw in the fact that their key defensive quarter of Dejan Lovren, Virgil van Dijk, Trent Alexander-Arnold and Andrew Robertson are all fit (so far) and they should be in fine fettle here in terms of squad fitness.

This could be the game of the season. We suggest that City are the favorites given their incredible home form, but Liverpool have a good record against City under Klopp, so it should be a fantastic match either way. If we had to call a score, we’d go for 2-2.