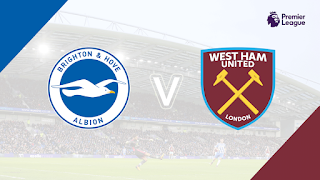 While it’s still very early in the season, it’s fair to say that Brighton and Hove Albion versus West Ham United has a very big ‘six pointer’ feel to it. Chris Hughton was widely praised at the beginning of the season for making Brighton look so solid, whilst West Ham’ manager, Manuel Pellegrini, was already being threatened with the sack.


With United on the up and Brighton struggling a touch more, though, will the narrative switch?

Now below West Ham in the table, Brighton have not won in five games so far. With two losses on the spin, too, the problems are beginning to rack up: and it could cause some serious issues for the long-term confidence of the squad.


So far, Shane Duffy has probably been among their best performances, although two goals so far definitely helps to pad that out. Glenn Murray already has four, so goals aren’t a major issue. If the defence – already 13 conceded – don’t turn off the taps, though, that could change. A leaky defence always has a negative impact on the attack.

For West Ham, the impressive performance of Marko Arnautovic and Felipe Anderson will have Hammers sighing with relief. The dynamic duo were expected to lead a rebuilt West Ham attack, and only now are beginning to look ready to take on that mantle. So, too, is ex-Dortmund man Andriy Yarmolenko.


The Ukraine international is hitting some good form at present, with two goals in the league so far. Anderson’ cheeky flick against United should boost his self-belief, too. For West Ham, there’s a chance to build some momentum with two win and a draw from their last three.

We sense a score-draw here. Both sides can attack, but leak defences – 25 goals conceded already between them, only 16 scored – could see this produce a few goals. Expect this to be a fun and frantic match, with both teams probably happy to get a share of the points.