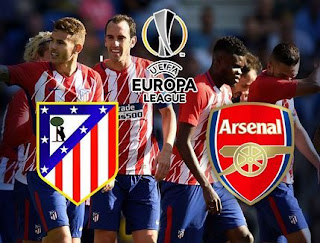 While it might seem harsh, it feels like Thursday night will be the defining factor in the reign of Arsenal coach Arsene Wenger. With his final run of games closing in, he needs to get a positive result in one of the most challenging stadia to come to in world football. Can he?

Atletico will be without full-back Sime Vrsaljko, as he was sent off in the Emirates first leg within ten minutes. Other than that, though, the usual back-up, Juanfran, is out of this tie. He’ll be swapped out for Thomas Partey, who had a fantastic game in London in an unfamiliar position.
Diego Costa played just over an hour in the weekend game against Alaves, and should start here. Given his previous in games against Arsenal, we can imagine that the Arsenal back line will be a little more cautious this time around.

Meanwhile, Arsenal will be without the in-form Mohamed Elneny, while Pierre-Emerick Aubameyang will miss out due to being cup-tied. Jack Wilshere and Aaron Ramsey will likely both start, with Alexandre Lacazette up top. Shkodran Mustafi and Laurent Koscielny will be tasked with keeping Costa and Antoine Griezmann quiet in the Wanda Metropolitano.
Other than that, though, Wenger has more or less a full complement to pick from. With his final season to be defined by whether or not he can reach the UEFA Europa League Final, we fully expect to see the Gunners come out flying in Madrid.

It's all to play for due to being 1-1 on aggregate, but despite their ability to impress when nobody expects them to, we cannot see Arsenal putting out Atletico at present. They are resilient at home and, with eleven men, should be much more of a threat than they were in London. With Jan Oblak in such ludicrous form, too, we cannot see Atletico being outscored here and thus we feel that an Arsenal semi final exit could be on the cards – sorry, Arsene.