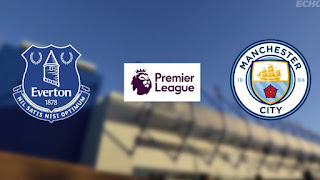 As the Premier League finally returns this weekend, we’ve got a fantastic game in store as Everton play host to Manchester City. With City in such a commanding lead of the title, and Everton in desperate need of some extra points to secure survival, this match should be one to watch for sure.

Everton are presently without Idrissa Gueye in the midfield, while fellow midfield engine Tom Davies will likely miss out also. Ashley Williams is out with suspension, though some may argue that, on present form, that’s a help rather than a hindrance.
The loss of Gylfi Sigurdsson pre-international break will be a major blow for the home side, too, joining Eliaquim Mangala and Mason Holgate as absentees.

City News
Meanwhile, City turn up here with a bit of an injury problem themselves. Sergio Aguero is likely to miss out, though will likely be fit for midweek. Fabian Delph has been out for a while, and may return at one stage though not likely as a starter.
With Benjamin Mendy finally in training, too, the full-back should offer an opportunity for Pep Guardiola to get him some much-needed gametime. City come into this one in good form, though, and should have more than enough to see off a brittle Everton side who look like they want the season to end.

Verdict
We reckon this will be an easy one for the away side. Everton aren’t great, and often struggle against sides that play with tempo and quick passing. While they have improved slightly under Sam Allardyce, their improvement does not suggest they’ve got enough in their locker to take anything here.

City’ main problem will be their awkward record against Everton historically, and the fact the game falls just before a massive match-up with Liverpool in the Champions League.
Posted by G
Email ThisBlogThis!Share to TwitterShare to FacebookShare to Pinterest